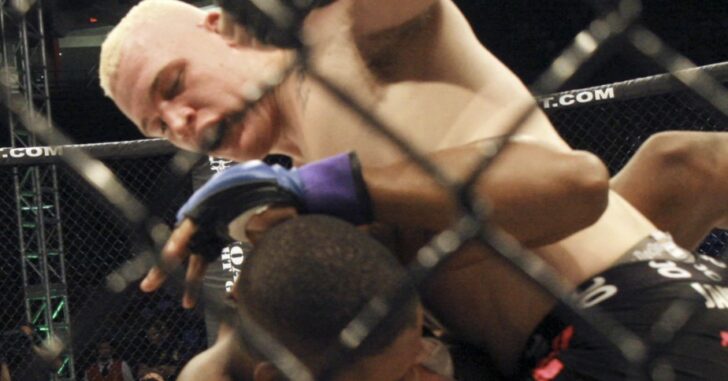 Former MMA fighter Tyler East was shot dead while outside his home in New Mexico, and police say he was shot by someone else at the residence after he shot his girlfriend and dragged her outside.

The man who saw the violent attack, who hasn’t been identified and fled the scene after shooting East, sprung into action in order to save the woman’s life.

She was taken to the hospital and is said to be in stable condition.

East was no stranger to the law, and had previously been indicted on multiple charges including kidnapping, aggravated burglary, aggravated battery, and bribery of a witness. Also noted was a history of domestic violence.

As far as the person who came to stop the brutal attack, that’s a big unknown. People flee the scene for a number of reasons, all of which don’t amount to that person being guilty of any crime. We don’t know the reason as of yet, but I can imagine that the woman is grateful for the man who stepped in to save her life.