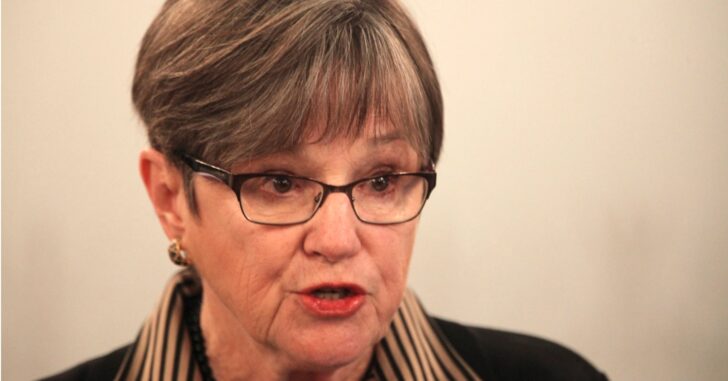 Is there anything more you really need to know besides that quote above from Kansas’s Democrat Governor Laura Kelly? That exact phrase has been the preamble to so much double-dealing, duplicity and outright betrayal by squishy, linquini-spined politicians over the decades that it makes gun rights supporters’ heads spin.

Governor Kelly demonstrated just how steadfast her support is for the right to keep and bear arms this way on Friday. . .

And with that, Kelly vetoed a bill that would have extended the right to carry firearms to all adults in the Sunflower State. The move probably shouldn’t have surprised Kansans.

Kelly signaled her veto at a town hall Wednesday, when she recalled moves during her time in the senate to allow guns on college campuses.

“When it came to voting to allow for concealed carry on our campuses I sort of drew the line. I thought that was too much,” Kelly said.

Despite Kelly’s opposition when she was in the Senate, campus carry became law in Kansas in 2017 anyway. And as her veto statement made clear, her dislike of campus carry clearly played a role in her decision to kill HB 2058.

So if the idea of anyone carrying the means to protect themselves on campuses is beyond the pale for the Governor, surely there’s no reason to trust people who can vote, stand trial as adults, or serve in the military with the responsibility of carrying a firearm on campus or anywhere else for that matter.

A veto override is possible, but will require changing a few votes.

The Kansas Senate already approved the measure with a veto-proof majority. But four additional votes will be needed in the House for the bill to become law.

While 18 other states allow 18-year-olds to carry, at least Kansas’s families and children will be able to sleep easier knowing that Governor Kelly is standing guard in Topeka against full civil rights protections for all, ensuring that some of the state’s adults are more equal than others.

Previous article: When You Travel, Do You Check The Other State's Concealed Carry Laws? Next article: 19-year-old Dead After Starting Argument, Threatening and Assaulting Others