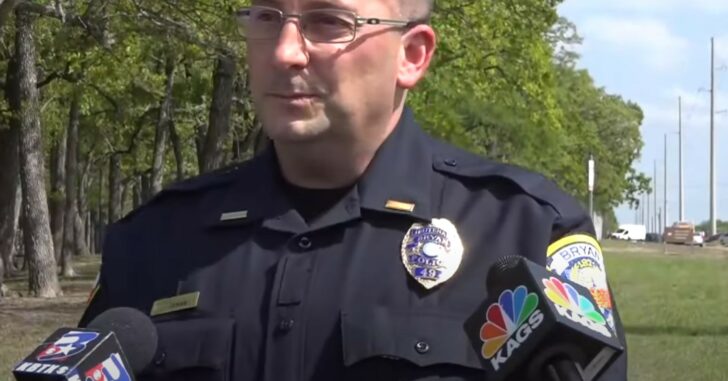 Update 7:57 pm EST on 04/08/2021: It is confirmed that an additional victim was shot by the suspect. This 6th victim is a DPS Trooper who was shot while in pursuit of the suspect.

A DPS Trooper was shot while pursuing an individual suspected of being involved in the shooting in Bryan. He remains in serious but stable condition. 💙🙏🏼

BRYAN, TEXAS — A suspect is in custody after opening fire inside a cabinet business called Kent Moore Cabinets. The suspect is believed to be an employee of the business.

Preliminary reports suggest a total of 5 people were shot, 1 fatally and 4 critically. The injured have been transferred to a hospital for treatment. One additional person was brought to the hospital for an apparent asthma attack.

The suspect had already left the location when police arrived, and a manhunt to find him ensued. It is unclear how long it took police to locate him or where he was located.

Gov. Greg Abbott released the following statement regarding the shooting:

“I have been working closely with the Texas Department of Public Safety and the Texas Rangers as they assist local law enforcement on a swift response to this criminal act. Their efforts led to the arrest of the shooting suspect. The state will assist in any way needed to help prosecute the suspect. Cecilia and I are praying for the victims and their families and for the law enforcement officer injured while apprehending the suspect.”

Previous article: Concealed Carrier Has His Gun Stolen During Robbery Caught On Camera Next article: Woman Shoots Man Breaking Into Her Apartment