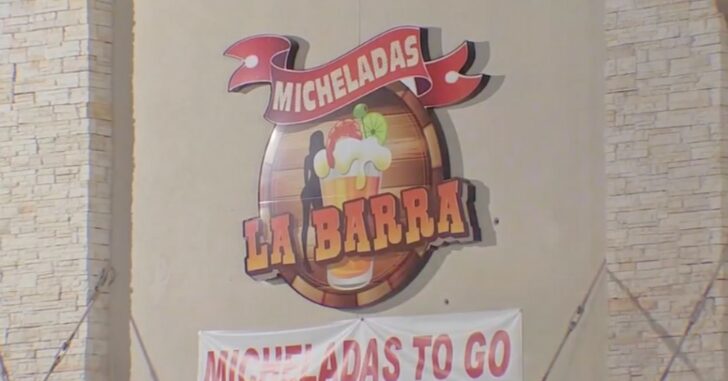 HARRIS COUNTY, TEXAS – A man was fatally shot by a relative who was pistol-whipping another man with a semi-automatic handgun during an altercation in a bar Sunday evening.  The Harris County Sherriff’s Office says it happened around 10:40 p.m. at Micheladas La Barra, located at 10010 Antoine Drive in Houston.

According to Sgt. B. Beal of the HCSO, the victim was found deceased by first responders from an apparent gunshot wound.  He has been identified as 24-year-old Luis Rivera. Surveillance video footage from inside the bar shows an argument breaking out between two groups of people. The suspect pulled a gun and began beating another man with it and during that time it discharged, and a bullet struck Rivera.

The suspect fled the scene in a 2009 silver Chevrolet Malibu with Texas plat JLX-3508, according to Sheriff Ed Gonzalez. Authorities believe that the suspect, who has not been identified, may be in route to Laredo. Investigators say there were 7 or 8 people in the bar at the time of the shooting, but only about half of them were still there when responding deputies arrived.

Before you decide to pistol-whip someone, you may want to think twice. You could unintentionally kill a relative or yourself.

Previous article: Kansas Governor’s Veto Of Bill Lowering Age For Concealed Carry To 18 Is Overturned By Legislature Next article: 3 Guys Get Into Unnecessary Argument, One Pulls A Gun And Points It At The Others, Then Himself