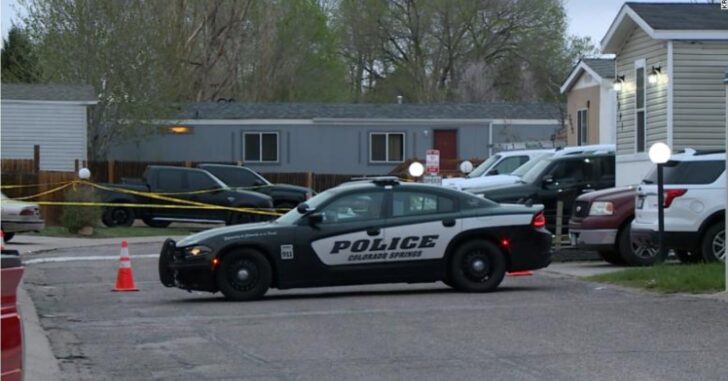 COLORADO SPRINGS, COLORADO – Six adults who were attending a birthday party were fatally shot just after midnight Saturday by a man who then took his own life. According to police, they received a call reporting a shooting in the 2800 block of Preakness Way at the Canterbury Mobile Home Park at 12:18 a.m. Sunday morning.

Arriving officers found six adults dead from apparent gunshot wounds. A seventh person was transported to a hospital and later died from their injuries. There were an unknown number of children in the mobile home where the shootings occurred, but they were uninjured and are now with family members.

Investigators believe that the suspect, a boyfriend of one of the victims, drove to the home where a birthday party was being held. He walked in and opened fire, shooting the six victims before turning the gun on himself. Police are working to find any possible motives and working to notify all the affected family members before publicly releasing the identities of those killed.

Colorado Springs Police Chief Vince Niski commented on the tragedy, saying, “Words fall short to describe the tragedy that took place this morning. As the chief of police, as a husband, as a father, as a grandfather, as a member of this community, my heart breaks for the families who have lost someone they love and for the children who have lost their parents. From the officers who responded to the shooting to the investigators still on scene, we are all left incredibly shaken.”

Colorado Governor Jared Polis, speaking in a statement Sunday, said the shooting was “devastating, especially as many of us are spending the day celebrating the women in our lives who have made us the people we are today. Families torn apart and at a birthday party no less.”

Previous article: Three Teens Attempt Armed Robbery – One Ends Up Dead And Other Two Charged With His Murder Next article: 1 Dead, 7 Injured In Shooting At Upscale Phoenix Hotel