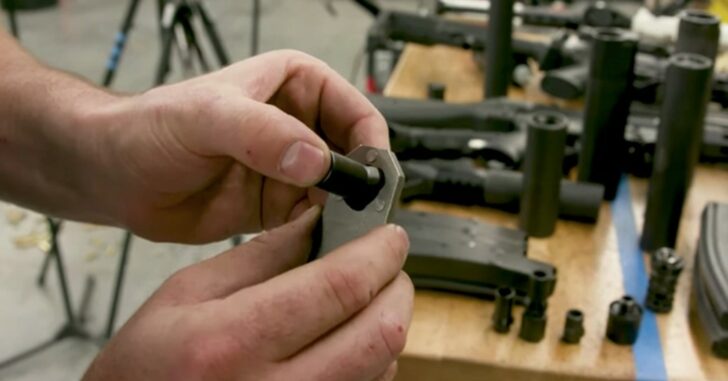 Constitutional carry (though it isn’t yet final) hasn’t been the only win for gun rights to come out of the waning days of the Texas legislative session. Early this morning, the Senate passed the HB 957, which addresses the regulation of suppressors made within the Lone Star State.

The bill does three things:

That last part is really important. Before you run out and make yourself a can out of an oil filter and then post it on Instabook for all the world to see, STOP. If signed into law, this is still going to have to go through the federal courts.

You may remember the situation a couple of Kansans found themselves in after their state passed something called the Kansas Second Amendment Protection Act. A retailer there then began selling unregistered suppressors. He, along with one of his customers, was arrested by the ATF, prosecuted and convicted. They appealed to the Supreme Court, but were denied cert.

People who know much more about both of these laws than we do tell us that the Texas bill is far different from what passed in Kansas and will provide the basis for a very good argument for excluding Texas-made suppressors from NFA regulation. That said, the process still needs to play out and be decided in federal court. In the mean time, don’t do anything stupid.

The Texas Senate passed the House version of the bill cleanly. That means it now goes to Governor Greg Abbott, who hasn’t said anything about the bill so far. He may not have thought it would ever make it to his desk. We’re guessing he’ll sign it into law, but stay tuned. This should get very interesting.

Previous article: Just A Bad Day At The Range. Ever Have One Of These? Next article: Ex-Employee Stabs 2 Inside Barbershop, One Victim Was Armed And Shoots Suspect Dead