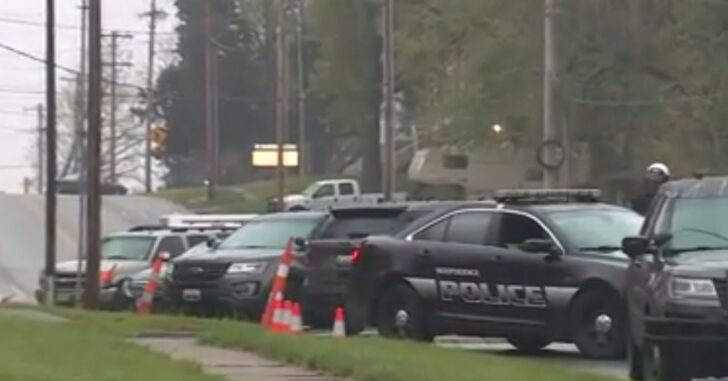 INDEPENDENCE, MISSOURI – A 17-year-old was fatally shot in an armed robbery gone bad, and his two 19-year-old accomplices are facing second-degree murder charges in his death. The three allegedly went to a home intent on robbing an occupant of drugs and cash.

Neighbors in the 500 block of South Crescent Avenue summoned police after hearing gunfire just before 2 a.m. Wednesday. Arriving officers found Elijah Lockhart outside of a home, dead from an apparent gunshot wound. Their report says that he was wearing black gloves and a black hooded jacket worn to almost hide his face completely, and a black handgun was located next to his body.

Johnson told police that he went to the home with friends, including Mays and Lockhart. Their plan was to rob the homeowner’s son of marijuana and cash. He stated that the three got into an altercation at the front door, and someone inside the home began shooting at them.  He and Mays fled the scene, leaving the fatally wounded Lockhart behind.

Mays told detectives that Johnson instigated the robbery and that the three of them would split the $12,000 that they were going to take from the victim.

Both Johnson and Mays have been charged with second-degree murder and armed criminal action by the Jackson County Prosecutor’s Office in connection with Lockhart’s death, as well as attempted first-degree robbery. Prosecutors have requested a $150,000 bond for each defendant.