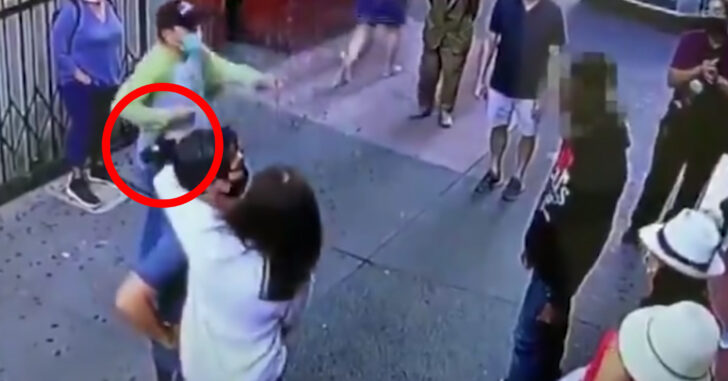 Defending yourself or a loved one from a deadly force is much different from defending someone you don’t know. People do it, but they need to be making that decision before something goes down.

The question requires a yes or no answer, in it’s simplest form: Am I willing to involve myself, with deadly force, to help a stranger(s) who are in danger?

Some will give a hard yes, others a hard no. From a legal standpoint, each state and even localities can have different laws on the books when it comes to displaying a firearm in a defensive manner. That’s what happens in the video below, and even though this took place in California, the armed citizen acted within the law.

Still, one needs to ask themselves if they are willing to get involved in a situation on the behalf of a stranger. For me, it depends on what’s going down. A shoving match likely isn’t going to do it for me, but a woman being sexually assaulted likely would. I say ‘likely’ for each because there are a multitude of different things that could be happening at any given moment, and it would need to come down to it in order to make the final decision.

As John mentions in the video, having a non-lethal tool at your disposal would have been a great option for the below scenario, and millions of other scenarios that play out.

Give it a watch and learn some great tips.