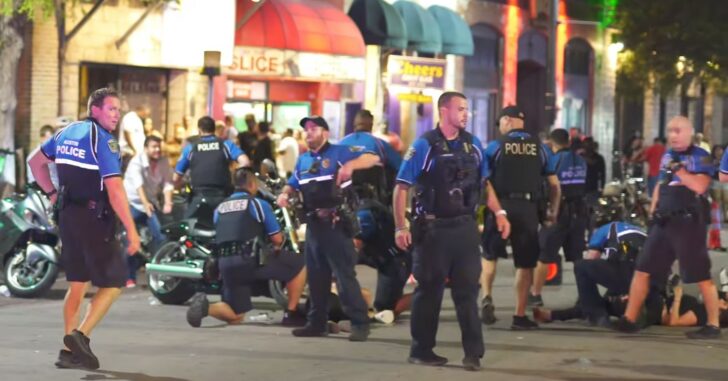 AUSTIN, TEXAS — Police are searching for a suspect, or suspects, in a late-night shooting that injured 13 people. It happened shortly before the bars were set to close, and the suspect(s) fired into a large crowd of people.

At around 1:24 a.m., 911 calls began pouring in with reports of the initial shooting. As the minutes ticked past, 911 began receiving calls of more victims.

holy shit… just escaped a mass shooting in Austin. at least 16 people shot right in front of me. can’t even explain in words what I’m feeling right now having to run away from an active shooter

Police are reviewing surveillance video in an attempt to identify the person or persons responsible. It is not known whether the shooting stemmed from an earlier conflict, or was a planned mass shooting.

A person at the scene shared the below video that shows first responders helping people in the street who were injured during the incident.

Previous article: Deadly Shooting At FL Publix: Suspect Said He Wanted To Kill Children, Attack Was Random, Gun Jammed, 911 Calls Released Next article: Can Your Holster Kill You? Or At Least Shoot A Hole Through Your Rear End?