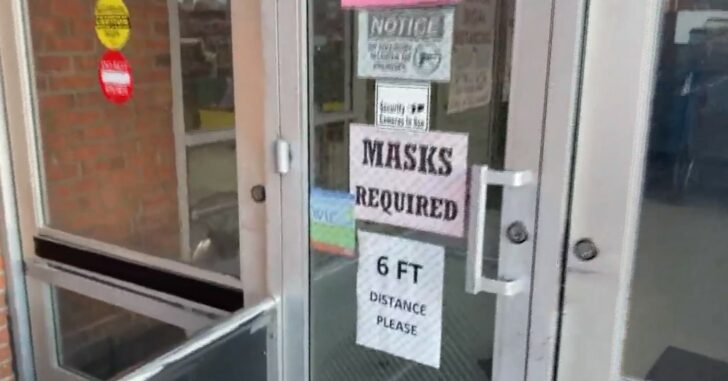 DECATUR, GEORGIA — A woman is dead and two others injured in a shooting that stemmed from an argument about wearing a mask. This is what we get in 2021.

Police say 30-year-old Victor Lee Tucker, Jr. was a customer inside Big Bear Supermarket, and apparently didn’t want to abide by the store’s policy of wearing a mask.

“There was some confrontation, argument — I’m not sure exactly what — in reference to the wearing of masks, at which time the subject pulled out a weapon and shot the cashier,” DeKalb County Sheriff Melody Maddox said.

After the confrontation, police say Tucker left the store without making a purchase but came back inside immediately.

“Tucker walked directly back to the cashier, pulled out a handgun and shot her,” the Georgia Bureau of Investigation wrote in the news release.

A reserve deputy, who is employed by the supermarket as security, responded to the shooting. He exchanged shots with the suspect, with both men being hit. Officers arrested Tucker as he attempted to crawl out of the store. So close, buddy.

The deputy was struck twice and was wearing a bulletproof vest. He is currently in stable condition.

As blurry as the above sign is, it reads:
NOTICE
NO FIREARMS ALLOWED ON PREMESIS

Luckily the off-duty deputy was on the job, but reality doesn’t allow him to be everywhere in the store at the same time. Being able to personally defend yourself is key to your own survival. While it’s great that the store employs an armed deputy, it still might be a good idea to re-visit the no firearms policy, especially if it extends to employees.

This deputy absolutely saved lives and is a hero in every sense of the word.

But what if trouble comes when he’s not on the clock? What if he’s in the bathroom, or on break? The point: in the end, it’s you who is ultimately responsible for your safety.