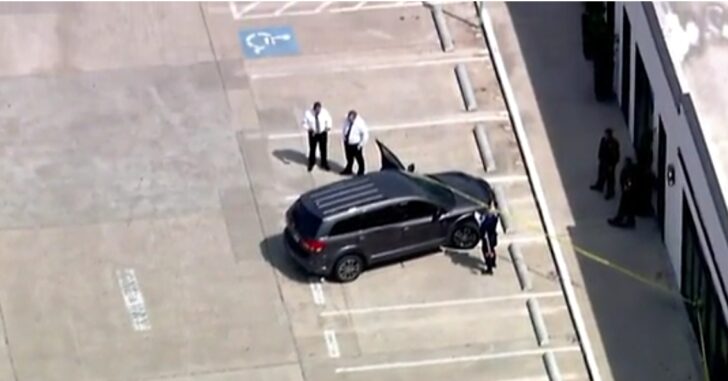 DALLAS, TEXAS – A man who allegedly stole a car was fatally shot by the owner of the vehicle Tuesday afternoon.  Police say the shooting occurred around 2:30 p.m. near Beverley’s Bistro in the 3200 block of Fitzhugh Avenue near Cole Avenue.

However, that was not the location where the alleged vehicle theft occurred.  Investigators believe that the alleged suspect stole the vehicle in a carjacking from another location earlier in the afternoon. The owner of the stolen vehicle was able to track the vehicle to the Fitzhugh Avenue location, and that’s where he confronted the carjacking suspect outside of the restaurant.

What began as a verbal argument escalated when the suspect attempted to ram another vehicle that the owner had driven to that location.  At that point, the owner shot the man in self-defense, according to police.

The theft suspect was transported to a hospital for treatment of his injuries, where he was pronounced dead. Police have not released the names of either the deceased or the vehicle’s owner. They say that the case will be referred to a Dallas County grand jury.

One of the most successful strategies of conflict resolution is to avoid it all together. The owner could have, and should have, filed a stolen vehicle report with the police and followed up by providing them with the location information of the vehicle.

Instead, he made the choice to take matters into his own hands and went looking for the suspect. Two arguments can be made. Yes, he may have been in fear for his life when the suspect attempted to ram his vehicle – but the argument can also be made that the confrontation and resulting fatal shooting was caused by his attempt at individual justice, instead of allowing law enforcement to address the situation.

He could have been killed himself, but ended up killing the suspect. Now he is dealing with a criminal investigation, tens of thousands of dollars in legal fees, and possible civil suits from the family of the deceased.

Previous article: Save Ammo And Still Train Hard With The Strikeman Training System Next article: Naked Man Fatally Shot While Attempting To Break Into Woman’s Home