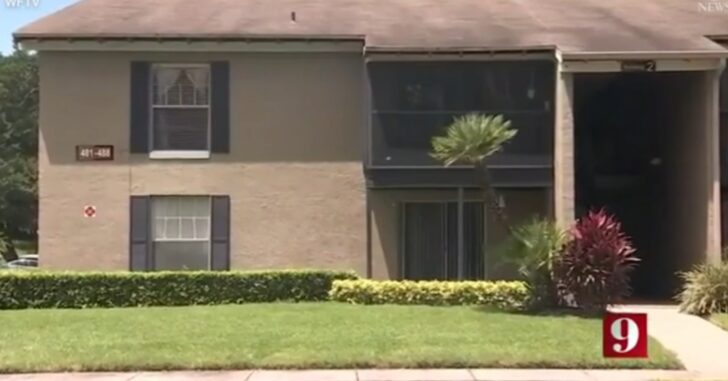 ALTAMONTE SPRINGS, FLORIDA – A woman participating in a work-related video call was fatally shot by her toddler, according to Altamonte Springs Police Department investigators. ASPD officers were dispatched to the apartment on Spanish Trace Drive Wednesday around 11 a.m. after being notified by a co-worker who witnessed the tragic shooting.

On the 911 call, the co-worker said, “I don’t know where to begin, but I’m on a live with a company, we just got hired. And one of the girls just passed out. She’s bleeding. We heard a loud ‘kaboom’ and then she leaned back, and then we just got blood from her face.” The woman also said that she could hear a baby crying but couldn’t see anything else that was occurring.

Police and paramedics found 21-year-old Shamaya Lynn suffering from a gunshot wound to the head and were unable to save her. Investigators determined that Lynn was shot by a toddler who found a loaded handgun in the apartment. Police confirmed the woman was the mother of the child and another toddler also in the apartment at the time.

A man reported to be Lynn’s boyfriend also called 911 after arriving at the apartment and finding her unconscious and bleeding, telling dispatchers, “Hurry! There’s blood everywhere.” The man, who also told officers on the scene that he was the father of the two children, was handcuffed due to his “state and guns being present in the apartment,” according to the incident report.

Authorities have determined that the firearm belonged to the man and the investigation is continuing.  Police are conferring with the state attorney’s office to determine if the man will be charged.

Once again, another tragic and completely unnecessary death due to an irresponsible gun owner who failed to secure a loaded firearm in a home with children. Anywhere anytime that children are present, all firearms must be secured to prevent tragedies such as this. Gun locks cost less than a box of ammunition and are given away free by law enforcement and other agencies in many areas.

If you know anyone who has guns and children, please share this tragedy with them and help to educate them on the importance of responsible firearm ownership.

Previous article: Armed Carjacking Suspect Meets His Match After 2 Failed Attempts At Beach Parking Lot, One With 3 Children Inside Vehicle Next article: Inmate Freed Early Due To COVID, Murders Someone Within 2 Days