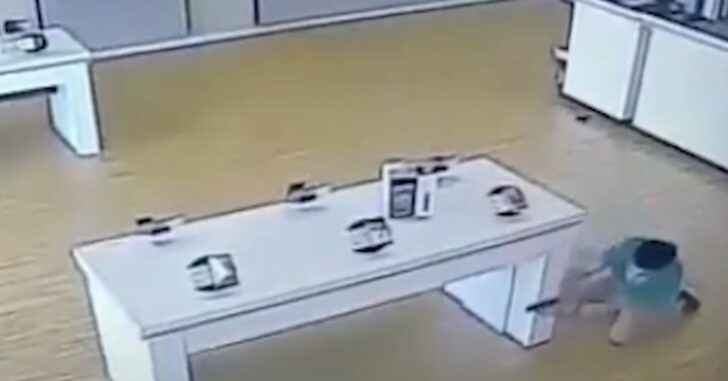 TUCSON, ARIZONA — An armed customer got his gun out and ready even before the bad guy knew what was going on. It happened during an armed robbery attempt at a Metro PCS business in Tucson.

The armed customer immediately went to the floor and got behind a table, providing some (possibly) cover and concealment. Both sides fired shots, with the armed citizen getting the first shot off. That was enough to send the robber running, although he was firing at the armed citizen during his retreat.

No one was shot or injured during the incident.

The armed customer acted very quickly and efficiently, likely seeing this guy walking up and noticing that things weren’t right. That instinct gave valuable seconds to win the fight.

Police are still looking for the armed robber.

Previous article: Florida Man Charged After Shooting Teen Burgler In The Back Next article: Fake Power Company Employee Shows Up At Home. How Would You Handle This Encounter?