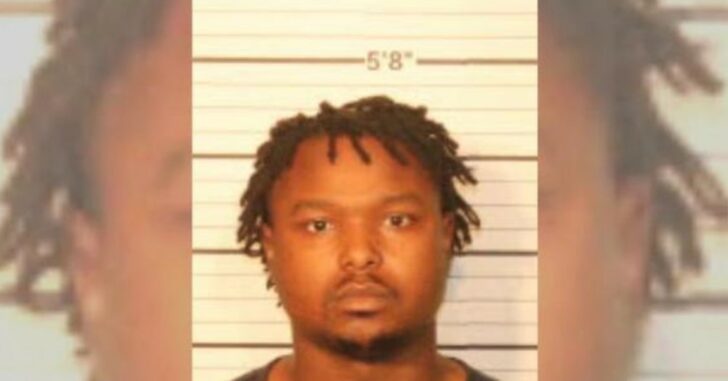 MEMPHIS, TENNESSEE — First of all, if you find out that your girlfriend has a secret lover, it’s time for you to leave that woman behind. Fighting with that other man is going to help nothing but possibly your ego.

Or, ya know, it could get you killed.

MPD said it all started when a woman invited her lover, 26-year-old DeMarcus Linsey over to the house she shared with her boyfriend while her boyfriend was away.

Only, her boyfriend, Martavious Calhoun, showed back up to the house on Bestway Dr. sooner than she was expecting, according to police.

Linsey hid in a closet, but Calhoun quickly found him and the two began to fight.

Next, Calhoun’s gun falls out of his waistband, because carrying a gun loosely in your waistband is a great way to have it… fall out of your waistband.

As soon as this happens, Linsey picks up the gun and points it at the woman. Yes, the woman. He then demands that she gets his possessions.

Shortly after, Calhoun and Linsey begin fighting again. This time, however, Linsey fired his newly acquired gun at Calhoun, striking him multiple times. He would not survive.

Along with having several outstanding warrants for his arrest already, according to court records, Linsey is now charged with second-degree murder, aggravated assault and being a convicted felon in possession of a handgun.

There isn’t much that’s right with this story, but I can say for certain that Calhoun should have walked right back out the front door after finding out what was going on, and return at a later time to get his stuff. I don’t have time for games like that, like most people.

Previous article: Estranged Husband Murders Wife, Son Then Forced To Kill Father In Self-Defense Next article: Home Intruder Fatally Shot By Homeowner, Who Shoots His Own Hand During Defensive Encounter