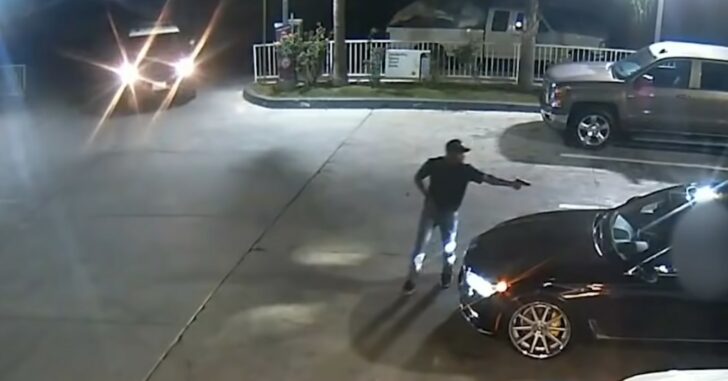 A neighborhood in Los Angeles was seeing an increase in crime, so police stepped up their patrolling of the area. One of those patrol vehicles happened upon an armed robbery, by sheer luck, and was able to spring into action within seconds.

You’ll have to watch the video to see how this plays out, and in this rare event where the police happened to be there and stopped the bad guy, I can’t help but wonder what would have happened if that didn’t happen. Were the victims armed? Would the bad guy have shot them during the apparent robbery? Would anyone not make it?

Never forget that in 99.999999% of instances, you are your own first responder. These people in the car with a gun pointed at them just happened to be lucky in that 00.000001% where the police were on-scene.

Previous article: Fake Power Company Employee Shows Up At Home. How Would You Handle This Encounter? Next article: University of Florida Students Sign Petition To Abolish The Constitution, Because The Constitution Allows Them To Do So