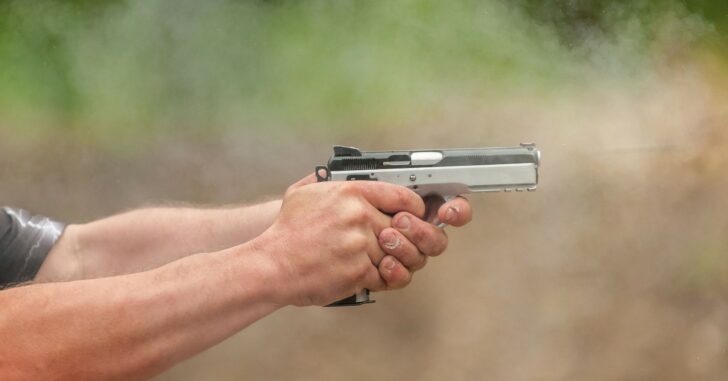 BATON ROUGE, LOUISANIA – A would-be robber got more than he bargained for in a Facebook Marketplace robbery scheme recently when his intended victim shot him. Police were called to respond to a reported shooting at Willow Bend Apartments, located at 11070 Mead Road around 8:10 p.m.

They arrived to find a robbery victim inside her apartment and shell casings strewn about the area. She told officers that she had offered an Xbox for sale on the social media classified site earlier in the afternoon and had agreed to meet a man after she got home from work.

When the potential buyer arrived at the apartment, he approached the victim and held a black pistol to her head, according to her affidavit. She dropped the gaming console that she was holding and ran to her car. The man scooped up the Xbox and began shooting at the woman. She was able to arm herself with her pistol and fired several shots at the man before getting into her car and calling police.

Some time later, a caller from Oschner Hospital notified police of a man who had sought treatment for gunshot wounds which he claimed he had received while walking on North Sherwood Forest Boulevard. Photos that were taken of the man were shown to the victim, who immediately confirmed that he was the man who robbed and shot at her.

Police arrested 20-year-old Dane Johnson on the day following the incident. He was charged with robbery and attempted murder. The victim was not injured and will likely not face any charges.

Social media classifieds are often used as a hunting ground for would-be thieves, robbers and those wishing to do harm to others. Anyone using such platforms to buy, sell or trade is encouraged to arrange meetings in highly visible locations during daylight hours. A friend or relative should always accompany the person involved in the transaction, and children should never be taken to meetups due to the high risk involved in dealing with total strangers and numerous other unknown factors.

Previous article: 2 Dead, 4 Injured In Mass Shooting At Idaho Mall, Suspect In Custody Next article: Men Shot By Kyle Rittenhouse Can Be Described As "Rioters" and "Looters", But Not Victims: Judge Ruling Prior To Trial