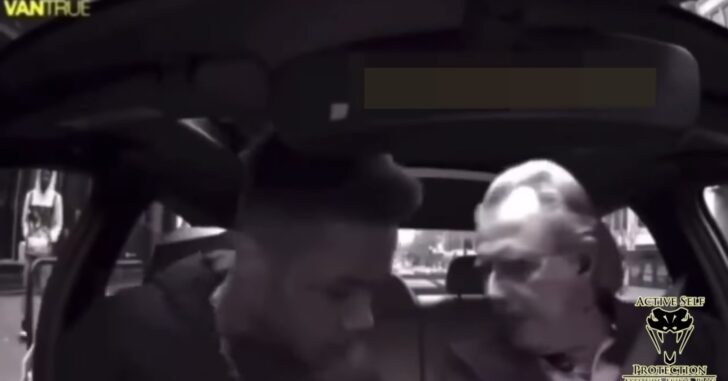 Imagine that you’ve just sat down in your Uber, in the back seat, and then all of a sudden another man opens the front passenger door and starts to rob your driver.

That’s wild, and that’s exactly what you’ll see in the video below.

The driver wasn’t having it and had a verbal fight with the robber, who eventually displayed a gun. It still wasn’t enough to make this driver back down, stupid or not, and it worked in this instance.

One thing to think about is what the passenger in the back could have done if he were armed in some fashion. Being in the back and not having a clear picture of what’s going on up front, you would have to be absolutely certain that bad things were happening before you introduced yourself with a gun.

Had the driver been armed, his window to act was very small, and the majority of the time it would have been a no-go and quite possibly ended with the driver being shot.

Previous article: Woman Shoots Husband In Self-Defense, Had Restraining Order Against Him Next article: Dumb Armed Robber Doesn't Realize The Police Are Right Behind Him