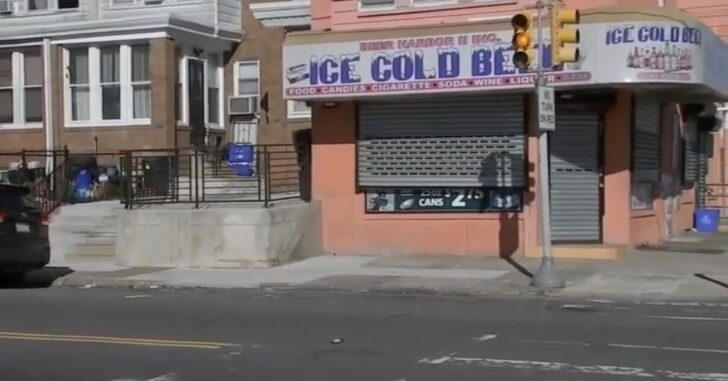 PHILADELPHIA, PENNSYLVANIA – A well-known and beloved member of a Northeast Philadelphia neighborhood was shot during a carjacking Sunday morning. Police believe the same suspects may also be involved in other similar crimes.

Around 6 a.m. four armed men dragged a 27-year-old man from his silver Mercedes in the 1400 block of Cheltenham Avenue near Large Street, with one of them shooting him in the stomach before fleeing in his car. The victim was identified by family members as 27-year-old Raheem Bell, who underwent surgery on Sunday and is listed in critical condition. According to Bell’s family and neighbors, he’s a pillar in the community who just held a Christmas party for neighborhood kids a few months ago.

Nneja Burnett, block captain for Neighborhood Watch, said, “I’m just hoping he pulls through.” She heard the gunshot but didn’t go out to investigate. “I didn’t hear anybody scream or yell and I didn’t want to run out outside.”

Investigators believe these suspects may be involved in other attempted carjackings, including one a few minutes after Bell was shot. Police say that in that incident, on Bridge Street and Summerdale Avenue, someone shot at one of the suspects, but they don’t believe anyone was injured.

Neighbor Rose Benoit commented, “It’s not the safest neighborhood. A lot happens here, but I know myself and the block captain, we’ve been really working on it.”

Another attempted carjacking occurred just blocks away on the 1000 block of Cheltenham Avenue, and neighbors are worried. Neighbor Chris DiNofa added, “I worry about my safety all the time. I told my fiancé I wanted to apply for a handgun for safety. God forbid anyone comes in past a certain time.”

Another neighbor, who asked not to be identified, was more candid, saying, “Innocent people are being killed. Babies are being killed from stray bullets and nothing is being done in this city. It’s like you can’t walk out your door, you’re not safe in your house. What’re you supposed to do?”

A Philadelphia gun shop owner commented, “There’s been a big increase in violence throughout the city… The first thing they ask is: ‘I need a weapon for protection.’”