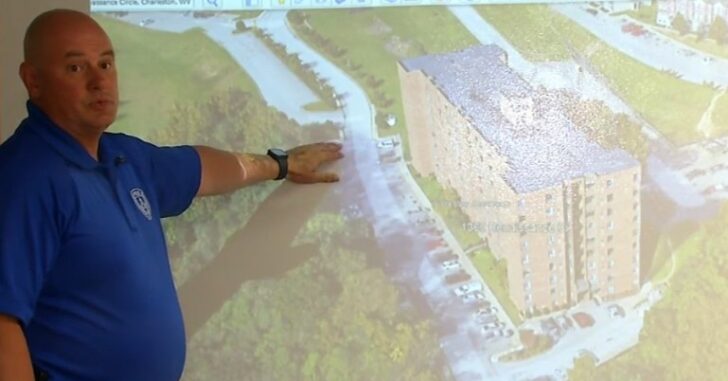 CHARLESTON, WEST VIRGINIA — A woman who was legally carrying a concealed handgun is being credited with stopping a mass shooting on Wednesday night. The unidentified woman was said to be at a graduation party when a man, identified as Dennis Butler, was told not to speed in the area due to there being children.

Butler reportedly left and came back a short time later with an AR-15 and began firing into the crowd of dozens of people attending the graduation party.

The woman, armed with her handgun, quickly drew her handgun and fired back at Butler.

He died at the hospital a short time later. No other injuries were reported.

“Instead of running from the threat, she engaged with the threat and saved several lives last night,” Charleston Police Department Chief of Detectives Tony Hazelett said.

This story won’t make the evening news because it wasn’t a mass shooting. It was a legally armed citizen who happened to be in a place where a mass shooting was about to occur, but instead she stopped the suspect in his tracks before he could kill a single person.

This is what happened, and deserves all the praise in the world, along with the millions of other successful self-defensive encounters with lawfully armed citizens across the Country every year.

Previous article: Reanimated Suspect Shows Us It's Not Always Over When We Think It Is Next article: Officials: Gunman Was Inside Elementary School For 1 Hour Before Being Shot And Killed