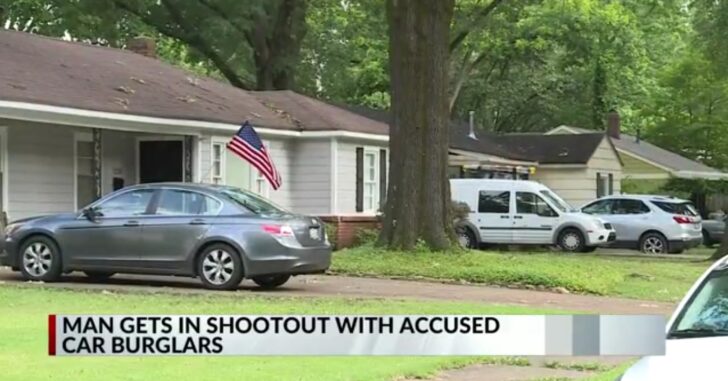 MEMPHIS, TENNESSEE – An early morning confrontation has left an accused thief hospitalized in critical condition and another in custody. Just before 3 a.m. a man in his 80’s was walking his dog in the 1200 block of Perkins Terrace when he saw three men pull up in a vehicle and run toward his neighbor’s house.

When he asked them what they were doing, they opened fire on him, and he drew his gun and returned fire. Responding officers located Chedrick Webber sitting on the corner or Perkins Terrace and Dee Road with a gunshot wound to his lower back. He was transported to Regional One local hospital where he is listed in critical condition.

Officers also located Ashton Hairston in the 1100 block of Perkins Terrace. He confessed to them that he and his friends were “bobbin’”, a slang term for breaking into cars and stealing the contents. Police arrested Hairston and he is being held on a $20,000 bond, charged with aggravated assault and theft of property. Authorities plan to bring the same charges against Webber if he survives his injuries.

Multiple shell casings were found at the scene, and the citizen will likely not face any charges. Mike Morrow, who lives across the street from the man in the East Memphis community, says that the older gentleman is one who always looks out for his neighbors. “He ain’t taking no crap. That’s for sure…a better place around here with him around.”