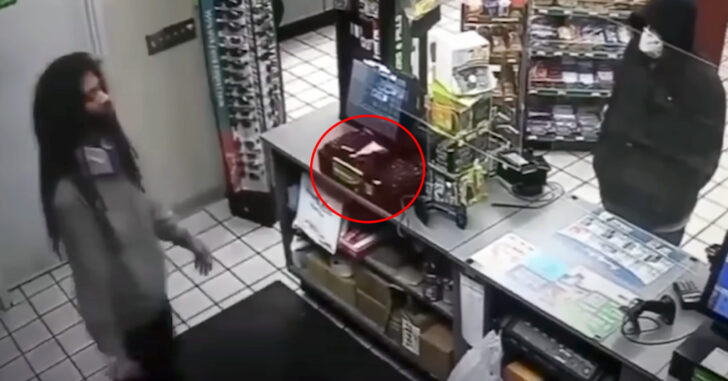 A clerk thought something was a little off with a man who was coming into the store, so he reaches for his handgun that he kept under the counter. As the man approaches, he moves the gun to the register and things maybe this guy isn’t here to do any harm.

He then leaves the gun on top of the register as he grabs cigarettes for the customer, leaving it open and vulnerable to being grabbed by anyone.

Turns out, the customer was more than that, and soon took out a bag and gun of his own and announced a robbery. Within a second, both men had their guns pointed at each other, and thankfully the bad guy decided to turn around and walk out empty handed.

This is a tricky one because while the clerk was successful, he left a very real opportunity for the bad guy to steal his gun during this incident, and there isn’t much worse than being unarmed and having your gun stolen right in front of you during an active robbery.