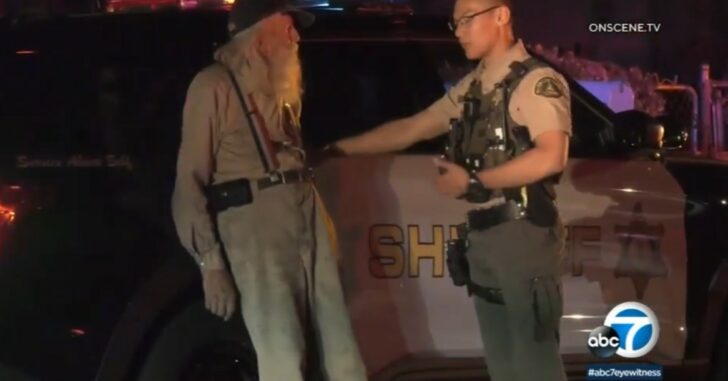 MORENO VALEY, CALIFORNIA — When police arrived to the scene of a shooting, they found a man on the ground suffering from a gunshot wound. That man is said to have tried breaking into the home of a 93-year-old man who was armed and wasn’t waiting for police to arrive to save his life and his property.

“He was tired because every time he calls the police, (they took) forever to come and assist him,” said Oscar Malma. “He took the law into his own hands… He’s been working all his life and whatever little things he has, he’s (protecting).”

According to Malma, it’s not the first time the home has been targeted.

“It happened once on Friday. On that bright day, they went (broke) into the house. And now this happens in the middle of the night. They were looking for him. He’s an old, retired plumber. He has a lot of tools…he’s a musician as well, so he’s got a lot of musical instruments. Little by little, they’ve been ripping him off,” Malma said.

The suspect was taken to the hospital where he is listed in critical condition.

The homeowner was questioned by police and eventually let go, and is not expected to face any charges.

Previous article: Clerk Leaves Gun On Counter After Questionable Customer Walks In Next article: Scary Moments Show How Things Can Go From Bad To Worse In An Instant