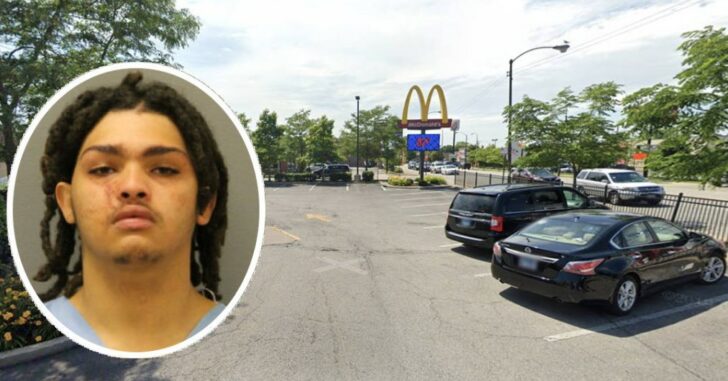 CHICAGO, ILLINOIS — A 49-year-old concealed carrier saved his life and the life of his 11-year-old daughter as they sat in their vehicle in a McDonald’s parking lot. Police say 19-year-old Giovanni Castanon approached their vehicle wearing a mask and began yelling, while also holding a gun in his hand.

Castanon opened fire on the vehicle, at which time the driver, a 49-year-old armed citizen, drew his gun and fired back. He struck Castanon three times. Neither the armed citizen nor his daughter were injured.

Police later found Castanon in a nearby garage and took him into custody. He had gunshot wounds to his hand, arm and foot.

According to prosecutors, Giovanni Castanon has a list of pending felony cases in juvenile court that include carjacking, burglary, and aggravated battery.

At the time of the incident, the 19-year-old was out on bond and free to do as he pleased, as criminals do.

Will he do it again? Probably, if he can post bail again.

Bail was set at $300,000 with electronic monitoring by Judge Charles Beach, which means Castanon must post a $30,000 deposit to be released on house arrest.

A better option would be to hold him without bail, because he is obviously a repeat offender and doesn’t take the law too seriously. When these violent criminals are re-released back into society on bail, that’s where the importance of armed citizens comes into play even more. If this father hadn’t been armed, the family may be burying both him and his daughter.

Instead, the offender is back behind bars and the targets survived the incident. That’s a win for armed citizens everywhere.