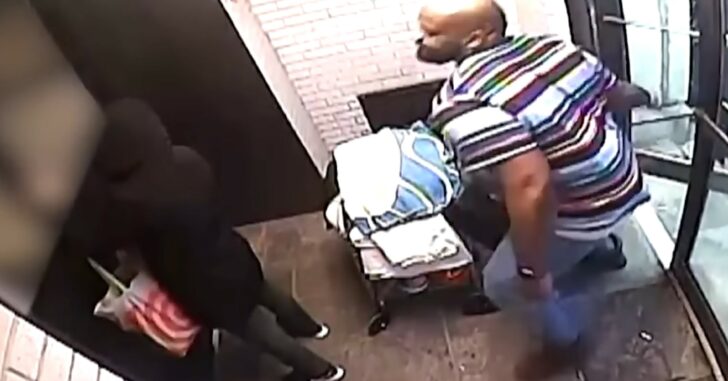 An attack on an elderly person is a degree of violence that no one will stand for, and it’s a hard thing to watch on a computer let alone in person.

The topics here are the same; situational awareness, having things on your person to defend yourself, and deciding to step into a 3rd party incident to help someone.

The length of this undisturbed attack is one of the more shocking parts, and reminds us that no one is coming to save the day in many cases. This poor woman was left to fend off a younger and much larger man by herself, of which she had little control over.

Paying attention to those around you, their body language, and having some sort of tool on your person are things to think about. Had this woman had pepper spray or a firearm, the window to use those items, especially pepper spray, was relatively short. Gaining access to a firearm while you’re in a compromised position is no easy task and runs it’s own risks, such as having that firearm taken away from you.

The woman in this incident did survive, but required quite a bit of medical attention.

Give this one a watch, be mindful that it is graphic in nature, and learn some additional lessons.