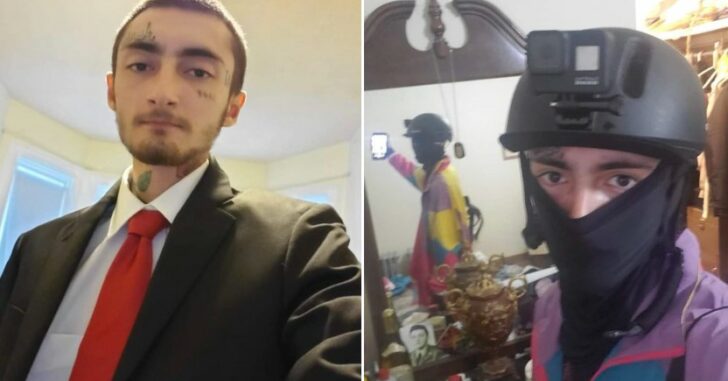 UPDATE 07/04 @ 10:28pm: The suspect has been captured after a brief vehicle pursuit. Police say a rifle was located on the rooftop where the suspect is believed to have fired from. A total of 6 people were killed and 30+ injured.

Police are searching for a person of interest in the mass shooting today that occurred during a 4th of July parade in a suburb of Chicago. According to police, 6 people were killed and dozens injured.

We are sharing the photos and name of the person of interest because he is still out there and needs to be found. Concealed Nation has a policy of not identifying mass shooting suspects, unless they are still a threat to the public.

BREAKING: A suspect has been identified in the Highland Park, Illinois shooting.

The person of interest, identified as 22-year-old Robert E. Crimo III, should not be approached by the public.

“Communities should not approach him. If they see him, know his whereabouts, see the vehicle, dial 911. We are considering him very dangerous,” police said.

Previous article: 6 Dead And Dozens Injured After Being Shot By Gunman From Rooftop During Parade In Chicago Suburb Next article: Man Draws Gun In NYC Subway In Self-Defense, Will Not Face Charges