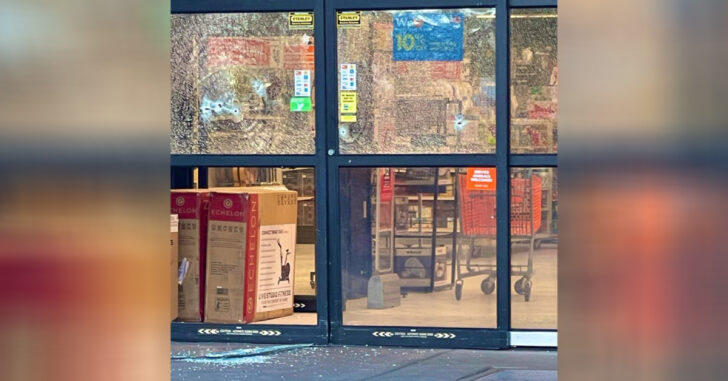 BEND, OREGON — Two people were killed and two others injured in an attempted mass shooting at a grocery store Sunday evening. The incident happened just after 7 p.m. local time at a Safeway, and the gunman had uploaded a manifesto prior to the incident and wanted to cause a “National Tragedy”.

The 20-year-old suspect first fired shots at his apartment complex before heading to the grocery store, according to police. Once he arrived at the store, he reportedly walked in and shot 84-year-old Glenn Edward Bennett as he came through the entrance, and then went to the back of the store where he was confronted by 66-year-old Safeway employee Donald Ray Surrett, Jr., who tried taking the rifle from him.

Sadly, Surrett Jr. was also killed by the gunman.

The gunman, who had a history of violence, then walked “aisle to aisle” and fired rounds.

When police arrived 2 to 3 minutes after the first 911 calls, they immediately entered and found the gunman dead in the produce section, apparently from a self-inflicted gunshot wound.

During a press conference, police hailed Surrett, Jr. a hero with his actions to try and stop the gunman.

According to The Daily Beast, the gunman’s manifesto laid out his reasons for the attack, which included the government, COVID lockdowns, technology, and women, among other things.

It is also believed that the suspect had originally planned a mass shooting at his school next month, but became impatient with his desires to cause harm to others.