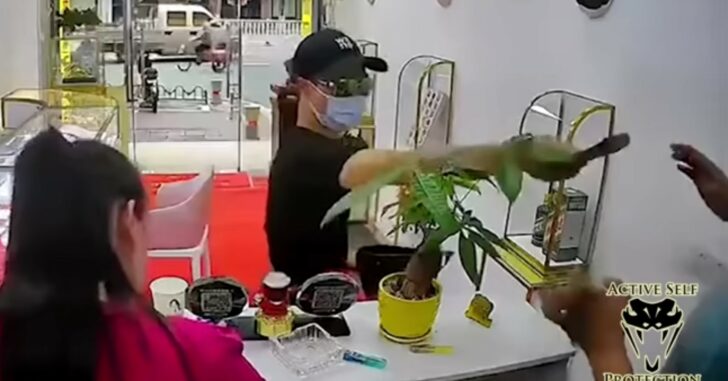 This one is hard to watch, mostly because there isn’t anyone there to just choke this guy out. The armed man with the knife was holding on for dear life and simply wasn’t in the mood to let it go and give up. Luckily, the shop owner wasn’t in the mood to give up, either, but it resulted in a very long stand-off between the two.

Police finally show up after what must have felt like an eternity.

In this instance, if the shop owner were armed, some steps back and a quick draw would have likely ended the incident pretty quickly. As we don’t have a gun in play, however, the decision to go hands-on with someone with a knife is a big one indeed.