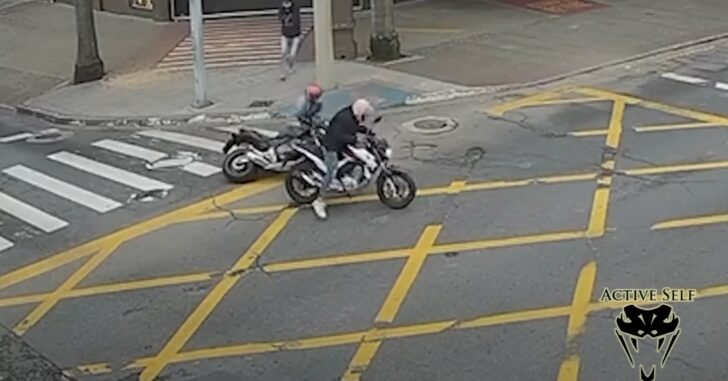 Two armed robbers didn’t end up surviving their encounter with an armed off-duty police officer as they tried stealing his motorcycle. The incident happened in broad daylight, as many of them do, and the defender makes it seem like he’s running away.

What we quickly learn is that he was re-routing himself around a few obstacles to come back and defend himself, successfully taking out both bad guys.

He then gets on the phone with police, but takes a considerable amount of time to re-holster his gun, including when police are already on-scene. It’s a fluid situation, I know, but once the threats are down it’s important to re-holster your firearm if at all possible, prior to police arriving to offer assistance.

Previous article: Four Teenagers Shot With Their Own Guns After Failed Home Invasion Next article: Iowa Sheriffs Searching For Wounded Burglar After Being Shot By Homeowner