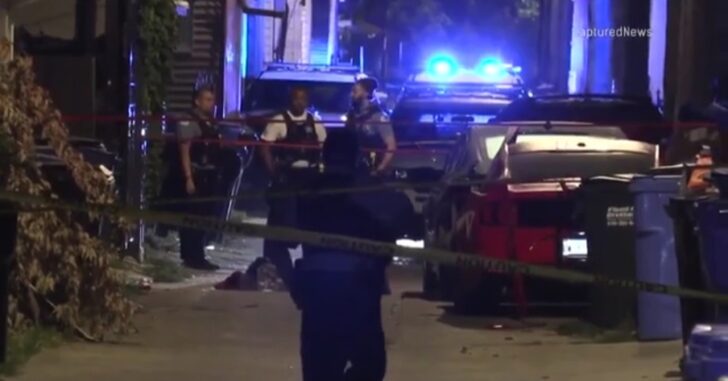 CHICAGO, ILLINOIS – A Chicago man defended his family from attackers while celebrating a family member’s birthday party. Unfortunately, one of the family members was shot in the head by the attackers, a 13-year-old boy, but did not succumb to the gunshot wounds.

The family members were gathering to celebrate their grandmother’s birthday on Wednesday September 14th, when they went to a nearby alleyway to see one of their family member’s new car.

Before they knew it, they thought they heard firecrackers going off at the opening of the alleyway near the street, but they quickly realized it was bullets that were whizzing by their head.

Since the night of the attack, no news has developed on the state of the 13-year-old boy.

Thankfully, no fatalities occurred, and the attackers fled the scene. It has not yet been announced why the attackers opened fire on these particular family members.

This story serves as a lesson to always be on watch when you’re a possessor of a concealed carry permit and firearm. Train your mind to go through exercises of scenarios regarding what might happen when you’re in different situations.

Are you eating out at a restaurant? Consider asking for a table where you can access the emergency exit and can have a clear view of the front door, if possible. Are you a church attendee? Consider joining the security team or take the lead and become the coordinator for a new security team.

These tragic events happen sometimes randomly and inexplicably, so always be on guard.

Grant A. Holcomb is a writer based out of Tallahassee, FL who has been writing for the Florida Capital Star and is now a part of the Concealed Nation team. He also works as a producer for a conservative talk radio program in Tallahassee. Grant can be followed on Twitter @GrantAHolcomb

View all posts by Grant A. Holcomb

Previous article: New York Homeowners Fight Back Against Home Invaders With Their Own Guns Next article: Mississippi Mall Shooting Determined To Be Self-Defense