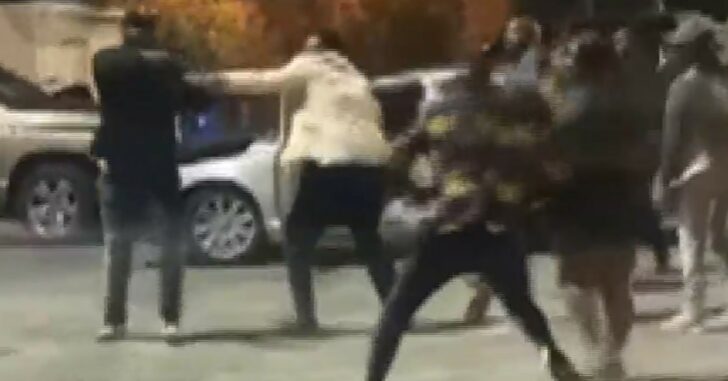 KENNER, LOUISIANA — Police responded to a reported shooting at the Mazar Café Hookah Lounge at 3244 Georgia Avenue at 3:15 AM on 3/27/2022.  Upon their arrival, they found a 27-year-old man from LaPlace down with a gunshot wound.  He was transported to a local hospital, where he died the next day.

A local couple at the scene, who were the original 911 callers, reported that the man, Devin Bornes (27), threatened them with a gun.  A woman reported that she got into an argument with Bornes.  At one point, the man said, “I have something for you” and went to get something from his car.  When he returned, he pointed a gun at the woman.  Her husband, Darin Smith (32), drew his own firearm and shot Bornes.

The cell phone video showed that the two men got into a physical altercation and both men drew handguns.  However, the video showed that Bornes retreated, and Smith pushed his way past two men who tried to hold him back, and pursued Bornes before shooting him.

Smith has now been charged with second degree murder.