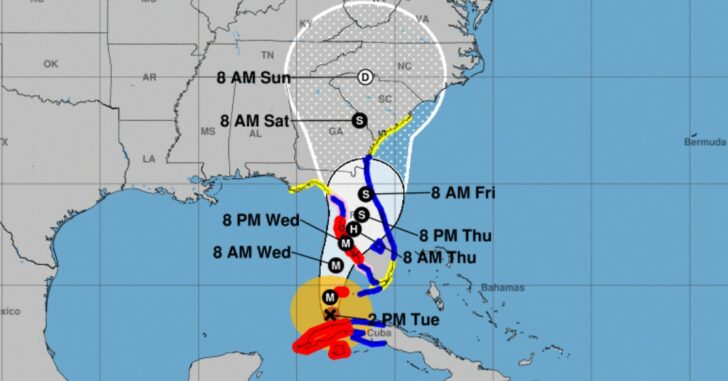 With Hurricane Ian as an upcoming severe threat to parts of Florida, mandatory evacuations are popping up counties directly in it’s path. Back in 2015, the Governor signed a bill into law that allows for permitless carry under certain circumstances.

The bill allows for a 48-hour window of permitless carry, and will come in handy for many of those affected by this storm.

SB 290 — Carrying a Concealed Weapon or a Concealed Firearm – This bill allows a concealed weapon or firearm to be carried for 48 hours during a mandatory evacuation order declared during a state of emergency.

The bill (SB 290), which the Florida House approved by a 86-26 vote back in April of 2015, was drafted as a response to Hurricane Katrina when many gun owners faced charges after they took their firearms with them when fleeing their homes.