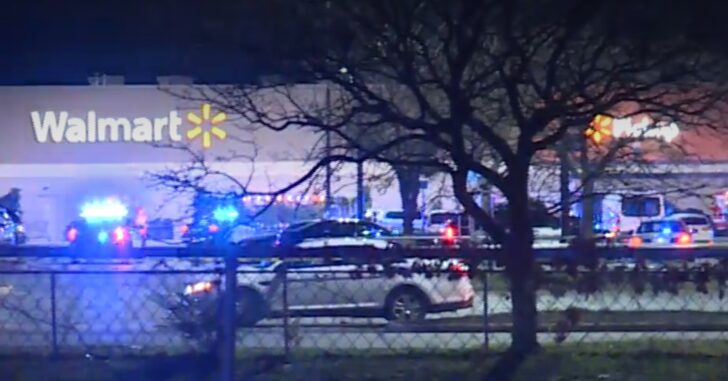 UPDATE @ 12:32PM EST — Police say a total of 6 people were killed in last night’s mass shooting at a Walmart in Virginia. The suspect is also deceased, and is said to have been an employee at the store. Police also said during a press conference that the suspect used a handgun in the attack.

CHESAPEAKE, VIRGINIA — Police responded to an active shooter at a Walmart location this evening, where they found multiple fatalities and multiple injured people.

Calls to police started coming in at 10:12pm local time. The store was still open during the shooting.

Police confirm that the suspect is among the deceased.

An employee, who posted a Facebook Live video immediately after the incident, indicated that a manager of the store was responsible for the incident and opened fire on employees. These reports have not been confirmed by police.

Police provided a brief update on the incident, which can be found in the video below:

The latest from Chesapeake police on the mass shooting at the Sam’s Circle Walmart @WAVY_News pic.twitter.com/6Bv8vNg7xw

Here is a live news feed covering the incident: